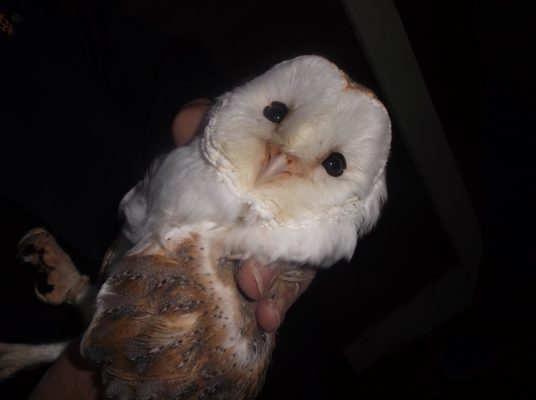 Lee Wellings, 45 yrs., of Scholars Walk, Walsall appeared at Walsall Magistrates Court (24/10/2019), where he pleaded guilty to 13 charges relating to illegal possession of and trade in barn owls.

The case was the result of a protracted investigation by West Midlands Police and the National Wildlife Crime Unit.

As the result of an allegation that Wellings had sold a Barn owl without a permit, commonly known as an Article 10 Certificate (A10), specialist officers from NWCU and West Midlands Police executed a search warrant at Wellings home on 18th December 2018.  During the search officers found six Barn owls that were being kept in aviaries at the address.  Only three of the birds were fitted with correct rings and covered by A10 Certificates.  Officers seized a large quantity of paperwork relating to Wellings’s trade in Barn owls.  Subsequent examination of the paperwork and records of his applications for A10s to the Animal and Plant Health Agency, showed that Wellings had been applying for permits and had repeatedly been providing false provenance in his applications; he claimed to breed owls and used details of parent birds that he later admitted he had never possessed.  Records showed that Wellings had been issued with 124 A10 Certificates in a four-year period, at least 57 of the A10s he had been issued with were as a result of him making ‘false statements’.

When he was confronted with this evidence in interview Wellings immediately admitted the allegations.

At Walsall Magistrates Court, Wellings  pleaded guilty at the first opportunity to possessing 3 x wild Barn owls contrary to the Wildlife and Countryside Act 1981, two offences of ‘prohibited sale of Annex ‘A’ species’ and ten offences of ‘making false statements to obtain A10 Certificates’, relating to 57 permits, contrary to the Control of Trade in Endangered Species (Enforcement) Regulations 1997.

Magistrates adjourned the case for reports and will sentence Wellings on 15/11/2019.

Barn owls are fully protected by the Wildlife and Countryside Act 1981 and it is an offence to intentionally, take, kill or injure, or to possess a wild Barn owl, unless it has not been taken in contravention of the act, for example if it was captive bred from captive bred parents.

Barn owls are also included on Annex ‘A’ to the COTES Regulations. The commercial use, including sale or offering for sale such species is prohibited, unless there is a valid exemption certificate, commonly known as an Article 10 Certificate.