Watch Out for Wildlife Campaign launched in Northern Ireland 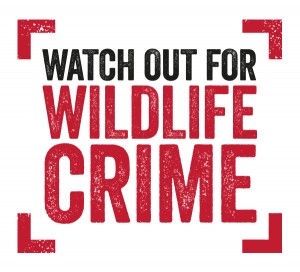 Many of Northern Ireland’s native species are under threat of wildlife crime, according to a new campaign which has been launched.

‘Watch out for Wildlife Crime’ is a Partnership for Action Against Wildlife Crime (PAW NI) campaign to encourage everyone to get serious about all forms of wildlife crime and help to prevent it. It aims to raise public awareness of what a wildlife crime is, why it’s important, things to be avoided and how to report anything suspicious.

Wildlife crime covers a broad spectrum and can include everything from salmon and deer poaching, disturbing and killing of badgers, killing of birds of prey, disturbance of nesting birds and the uprooting of wildflowers.

Speaking at the launch of the ‘Watch out for Wildlife Crime’ campaign, Environment Minister Mark H. Durkan said: “We have launched this campaign to highlight to the people of Northern Ireland activities which are potentially harmful to so many of our native wild species.