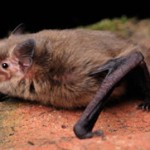 Directors Jan MILSOM and Mark POTTER carried out a renovation of a former primary school at Llanfoist Monmouthshire NP7 9NF and created two new build houses on a project within Pipistrelle Court, Llanfoist, Monmouthshire. Whilst doing so they failed to implement the conditions of a European Protected Species Licence issued by Natural Resources Wales in respect of bats known to be present on the site.

Pleading guilty on behalf of the parent company, Caer Construction Limited, they were fined more than £7400. Their fines should stand as a warning to other developers in Wales who carry out work without first ensuring that the agreed licence conditions are followed and that all works support and protect all endangered species.

PC1154 Mark Powell said, “The conservation of bats and other protected species must be ensured if future generations are to benefit from their continued existence. Bats are a very important indicator species that face ever increasing challenges every day. Hopefully this prosecution will serve as a reminder to developers and anyone carrying out work on buildings containing bats that they must follow the appropriate guidelines and ensure that any construction work is carefully completed within the law. Multi agency cooperation has never been better and together we will investigate and prosecute offenders.

“I would like to thank the National Wildlife Crime Unit for their investigative advice and support, the Species Team at Natural Resources Wales and also the Bat Conservation Trust who carry out excellent work which helps to protect the species”.