Focusing on pre-identified routes and hotspots, Operation Thunder 2020 resulted in more than 2,000 seizures of wildlife and forestry products. In total, 699 offenders were apprehended and at least one INTERPOL Red Notice has already been requested based on information gained during the operation. Further arrests and prosecutions are anticipated as ongoing global investigations progress.

Participating countries focused on particularly vulnerable species protected under the Convention on International Trade in Endangered Species of Wild Fauna and Flora (CITES), an international agreement aimed at ensuring the international trade in wild animals and plants does not threaten their survival. 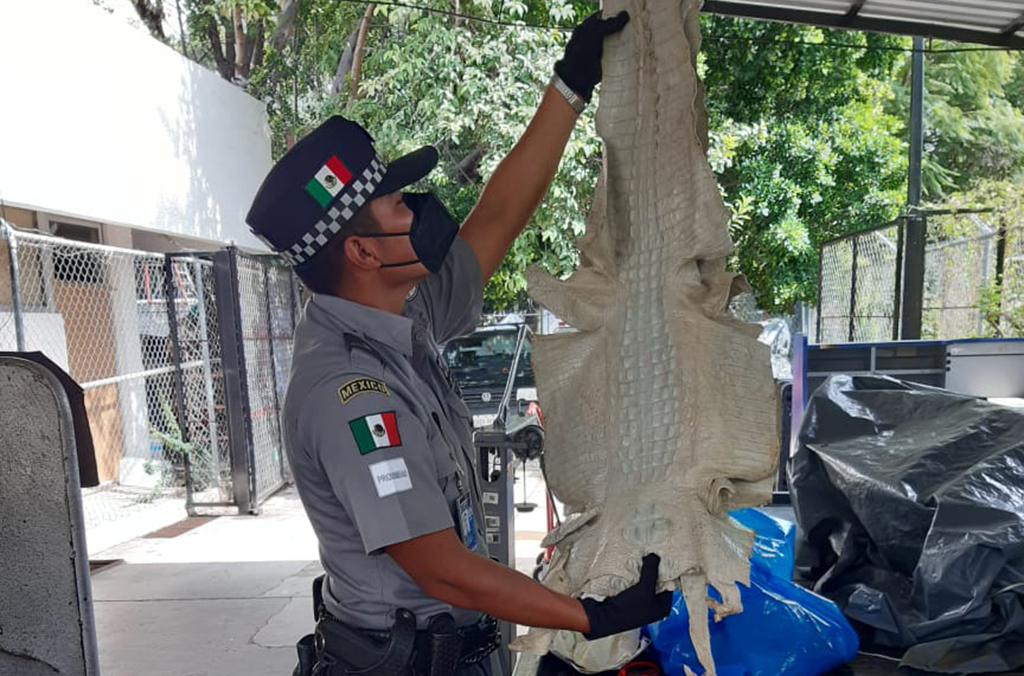 The operation’s results demonstrate both the extent to which wildlife and forestry crime has continued throughout the pandemic. 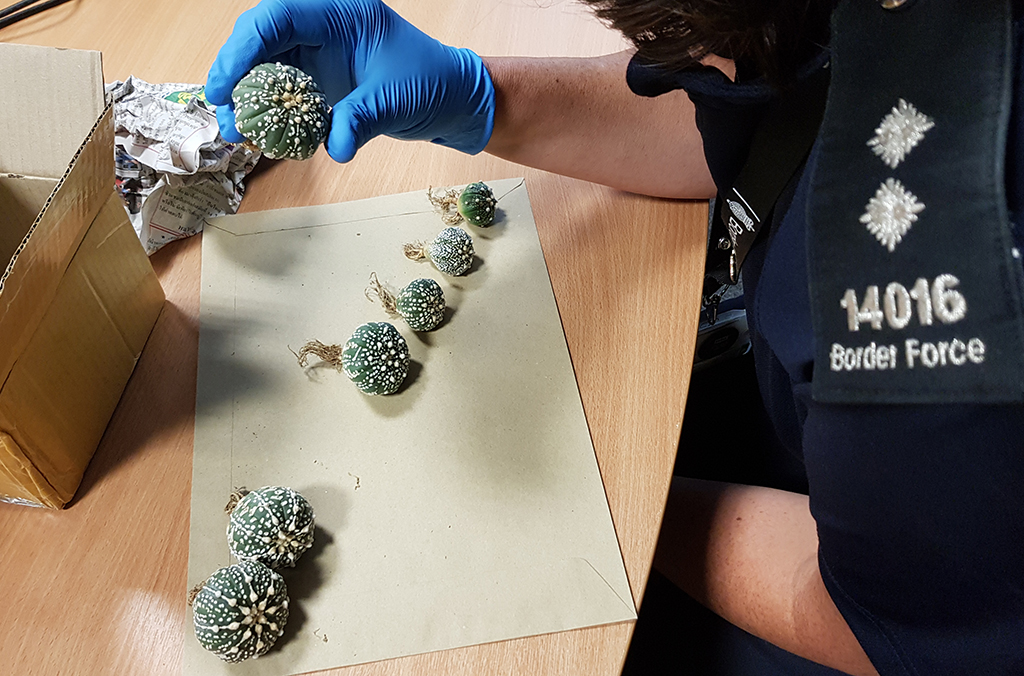 In total, 699 offenders were apprehended and at least one INTERPOL Red Notice has already been requested based on information gained during the operation.
Courtesy of UK Customs 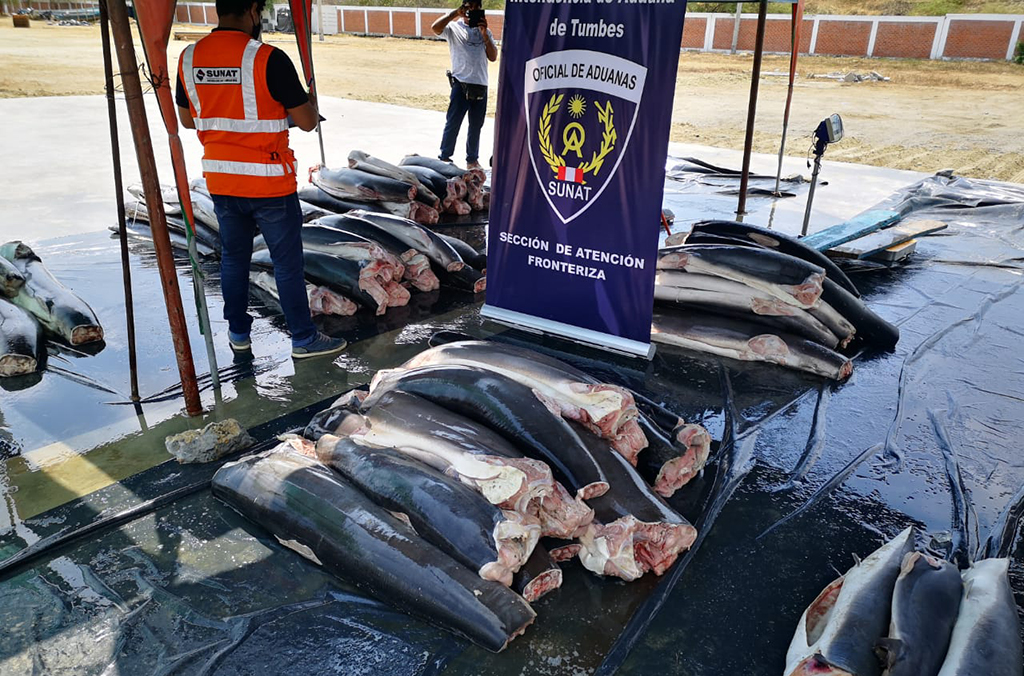 Peruvian police seized a shipment of 11 tonnes of mutilated sharks in the country’s north.
Courtesy of Peru Customs

The shipment mainly consisted of protected hammerhead sharks whose fins are highly valued and seen as a delicacy in Asian markets.
Courtesy of Peru Customs 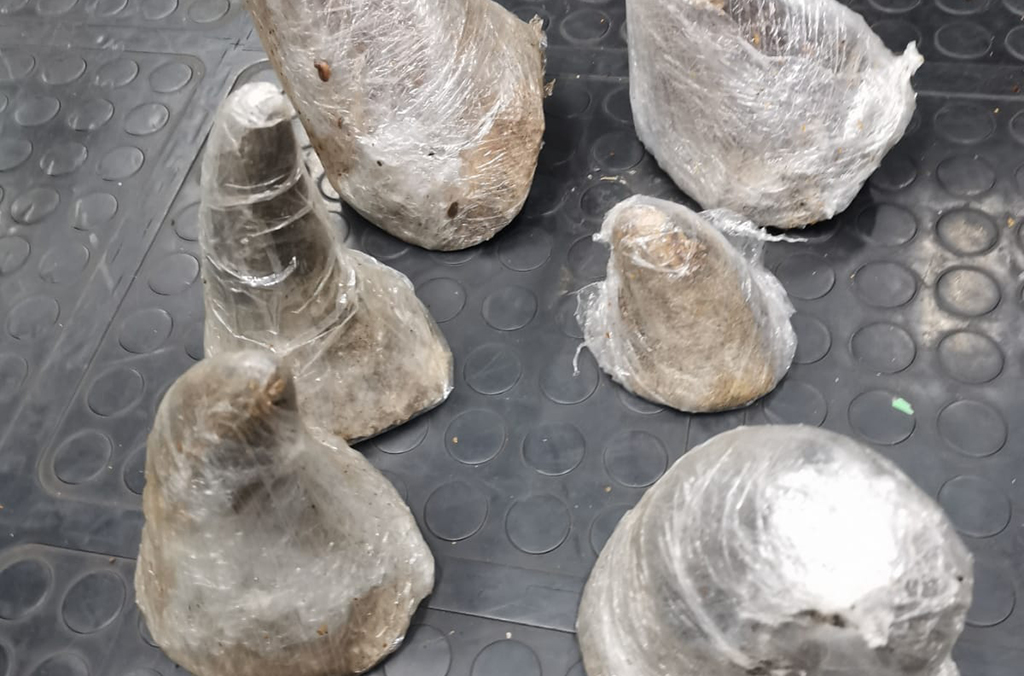 Wildlife crime has devastating consequences not just for the environment but also for society, public health and global economics.
Courtesy of South Africa Customs 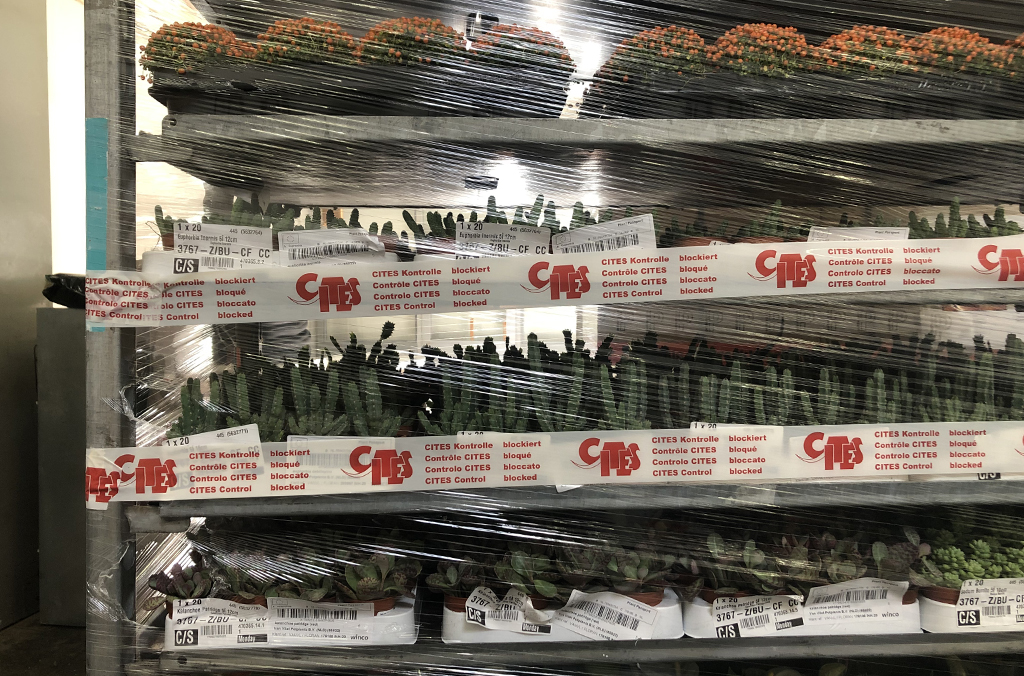 15,878 kg of plants were seized during the operation.
Courtesy of Switzerland Customs

Over 1.3 tonnes of ivory were seized during the operation.
Courtesy of Cameroon Customs 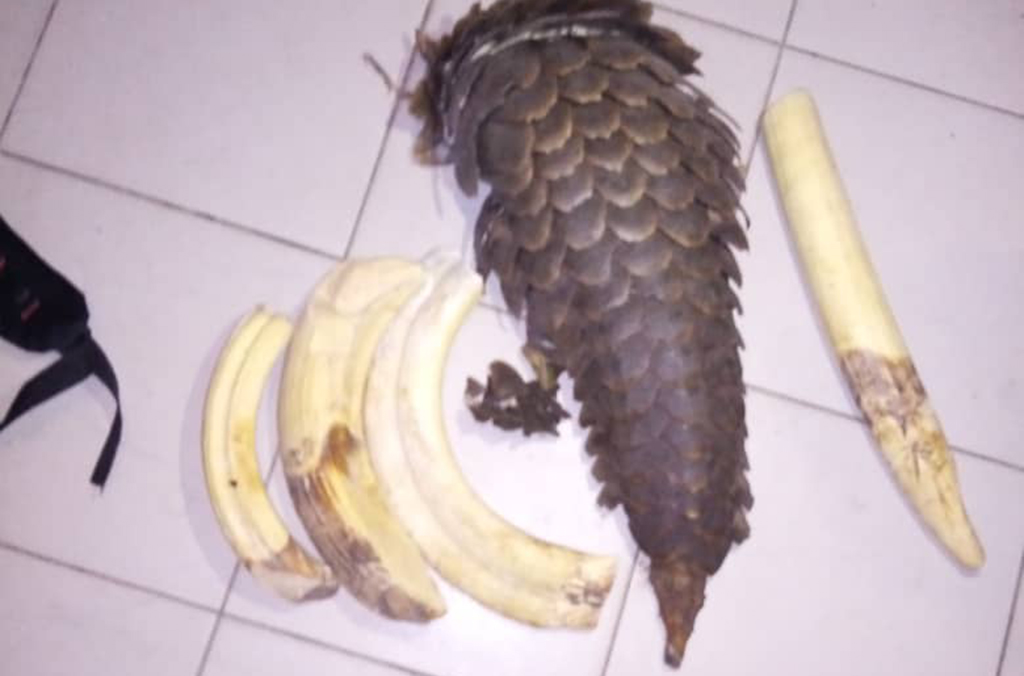 Over 1 tonne of pangolin scales were seized during the operation, representing 1,700 killed pangolins.

In Cameroon, customs officers seized 187 raw elephant tusks (856 kg of ivory) from a truck crossing the border from Gabon.

Police in Zimbabwe thwarted the transfer of 32 live chimpanzees from the Democratic Republic of Congo.

India Customs intercepted an 18-tonne shipment of red sandalwood destined for the UAE.

More than 45,500 live animal and plant specimens were recovered during the operation, including:

“Wildlife and forestry crime is the world’s fourth largest illegal trade – a lucrative illegal business with far-reaching and devastating consequences not just for the environment but also for society, public health and global economics,” said Jürgen Stock, INTERPOL Secretary General.

“This Operation clearly shows that success of law enforcement efforts lies in active cooperation amongst all stakeholders,” said WCO Secretary General, Dr. Kunio Mikuriya. “In support of the 2020 Customs community’s commitment to strive for “Sustainability for People, Prosperity and the Planet”, fighting wildlife and forestry crime is not only vital for the preservation of our planet but also for the long-term prosperity of national economies and populations.”

“The results of Operation Thunder 2020 show that the vital work of Parties to respond to wildlife crime collectively continues unabated despite the challenging global context,” said Ivonne Higuero, CITES Secretary General. “Strong, coordinated responses at all levels are needed to address the activities of transnational organized crime groups involved in wildlife crime and to impact on and disrupt illegal trade chains across range, transit and destination states.”

Moreover, field officers are regularly attacked by poachers and crime syndicates. During this operation, five police officers and three forestry police officers in North Macedonia were attacked – two of them seriously injured – while attempting to prevent illegal logging activities.

In this context, the operation’s results demonstrate both the extent to which wildlife and forestry crime has continued throughout the pandemic and the ability of law enforcement to continue to successfully coordinate their actions in global operations.

Thunder 2020 is the fourth in a series of ‘Thunder’ operations carried out annually since 2017, which have resulted in significant seizures and the arrest of thousands of suspects engaged in the illegal trade of wildlife and timber species. Such coordinated global operations give impetus to a positive feedback loop. Customs can continuously update and refine their risk indicators for improved profiling while police can both investigate new leads that have been generated and build on cooperation with other agencies.

Together with the United Nations Office on Drugs and Crime, the World Bank, WCO, INTERPOL, and the CITES Secretariat make up the International Consortium on Combating Wildlife Crime (ICCWC), which, through its multi-sector membership, tackles wildlife crime holistically, globally, and throughout the supply chain, from detection to arrest, investigation and prosecution. The ICCWC initiative and its activities are financially supported by the European Commission’s Directorate General for International Cooperation and Development (DG DEVCO), the European Commission’s Directorate General for Migration and Home Affairs (DG HOME), through their Internal Security Fund for police, the Department for Environment Food & Rural Affairs (DEFRA), UK, the United States Department of State Bureau of International Narcotics and Law Enforcement Affairs (INL), the Norway’s International Climate and Forest Initiative (NICFI) and the United States Agency for International Development (USAID).