“The public is being asked to provide information on the locations of nine fugitives suspected of serious environmental crimes. 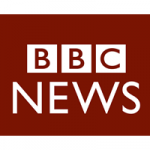 The appeal, from Interpol, is part of an effort to track down individuals involved in illegal fishing, logging and wildlife trafficking.

The trade in wildlife crime is said to be worth around $213bn per annum, according to the UN.

This is the first time that individuals have been targeted.

Investigators from 21 countries gathered at Interpol’s headquarters in France in October to share information on suspects involved in a range of crimes involving the environment.

Called Operation Infra Terra, the agency is now asking for assistance from the public in tracking down nine key suspects.”