Conviction for rhino horn theft investigation that originated from NWCU

On Monday 29th February 2016, fourteen men linked to an organised crime gang were convicted of plotting to steal rhino horn and Chinese artefacts worth up to £57m in a series of museum and auction house raids. Click here to read the full article. When rhino horn thefts first began to be reported in 2012, […]

Following a 6 day trial at Reading Crown Court the jury returned a guilty verdict on 4 offences relating to the sale and advertising for sale, via eBay, of antlers from CITES protected species namely Marsh Deer and Pampas Deer. Investigations by Thames Valley Police assisted by the National Wildlife Crime Unit (NWCU) identified the […]

Amanda Mason of Oxfordshire was convicted on 25th January 2016 at Hammersmith Magistrates Court of selling Ocelot fur cushions at the Olympia Horse Show in London in 2014. She had been warned about selling similar items at previous shows but when she was seen again Sarah Bailey of the Met Police Wildlife Crime Unit reported […]

A man who tried to sell the heads of monkeys and leopards on eBay has been sentenced. George Bush, 63, of Riverdale Road, Erith, south east London, also possessed sexual images of animals, Woolwich Crown Court heard. He was sentenced to 14 months in prison, suspended for two years. Bush admitted four charges relating to […] 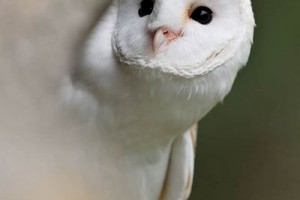 Four barn owls have been seized by police following a search operation in the Craigavon area Officers conducted a search of a property in Lurgan on Saturday after it was reported that barn owls were being held and sold over the internet. To hold a barn owl you must apply for a licence from the […] 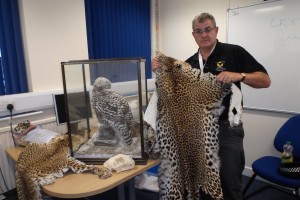 A 24 year old taxidermy dealer has been jailed today (7th December 2015) for a total of 24 weeks at Burnley Crown Court.  Aaron William Halstead of Glen View Road, Burnley was sentenced to 4 consecutive sentences of 6 weeks (total 24 weeks) for 4 offences contrary to the Control in Endangered Species (Enforcement) Regulations […]

A 24 year old man from Burnley has pleaded guilty to four charges relating to the prohibited trade in endangered species.  In October 2014, Wildlife Crime Officers from Lancashire Police and the National Wildlife Crime Unit executed a search warrant at the home address of Aaron Halstead a taxidermy dealer from Glen View Road, Burnley.  […] 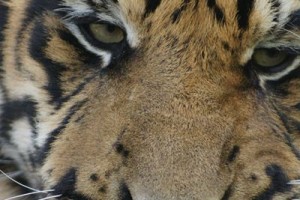 “Rescued from the dinner table: Shocking moment Russian police intercept rare Amur tiger cub being smuggled on black market   Police seized a box containing the endangered big cat in Nizhnevartovsk   Tiger cub was caught by poachers possibly after its mum had been shot   It is likely the cub would have been used […]

LANCASHIRE INVESTIGATION LEADS TO SEIZURES OF PROTECTED SPECIES IN GERMANY 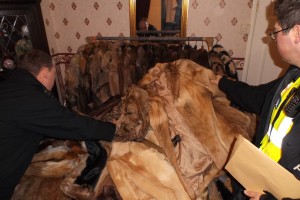 In January 2015 Wildlife Crime Officers from Lancashire Police and the National Wildlife Crime Unit executed a search warrant in the Preston area.  The warrant was issued under the provisions of the Control of Trade in Endangered Species (Enforcement) Regulations 1997 and related to the sale furs coats made from the pelts of endangered species, […]

“A taxidermist has appeared in court accused of 10 allegations of buying and selling endangered species. Aaron William Halstead (24) faces allegations brought under the Control of Trade in Endangered Species (Enforcement) Regulations 1997, after a raid on his Burnley home by police and wildlife officers, the town’s magistrates heard. Halstead, of New Copy Barn, […]