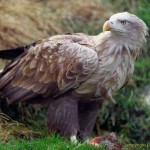 POLICE SCOTLAND LAUNCH FORTH PHASE OF OPERATION WINGSPAN, AS PART OF YEAR-LONG CAMPAIGN TO TACKLE WILDLIFE CRIME IN SCOTLAND.

Raptor Persecution is a highly emotive subject and as such receives a significant amount of interest from members of the public, particularly in rural communities and local and national media.

Visit the Police Scotland website – https://www.scotland.police.uk/wildlifecrime to better understand what wildlife crime is; what to do if you witness wildlife crime and how to report.

Operation Wingspan, a 12-month Police Scotland campaign, will focus on the seven wildlife crime priorities set by the UK Wildlife Crime Tasking and Co-ordination Group and the National Wildlife Crime Unit. The campaign will be delivered through a mixture of operational policing activity, internal training, strong partnership working and action to raise public awareness of the seven priorities of wildlife crime, these are: 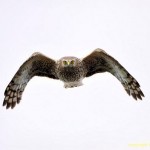 DCS Gary Cunningham, Police Scotland says: “Scotland’s vast, beautiful habitat is home to internationally renowned species that attract thousands of nature lovers and tourists every year. However, there are those who seek to either destroy this natural habitat or kill protected species illegally for their own personal gain or even ‘sport’. Crimes committed against wildlife are often cruel and barbaric, from using poisons or snares to hunting deer or badgers with dogs – the injuries they inflict can often result in slow, painful deaths. Reports of wildlife crime doubled during lockdown. Increased reporting is to be welcomed but we will continue to work closely with a wide range of partner organisations to reduce the harm to species targeted by criminals and the communities who rely on them for employment and tourism across Scotland.”

For further information about wildlife crime in Scotland visit www.scotland.police.uk/wildlifecrime